WE DID IT!!!  SO MUCH GRATITUDE TO our Shadow Holders!  And thank you to the audience who came to bear witness.  WE RAISED $350 for Liberation Institute's donation based counseling, meditation, and yoga programs through our ticket sales!  What a powerful way to spend the new moon in Taurus.  We hope we can continue to present this show in the future at other theatres and community venues, for it is change-making in the direction of compassion and understanding. 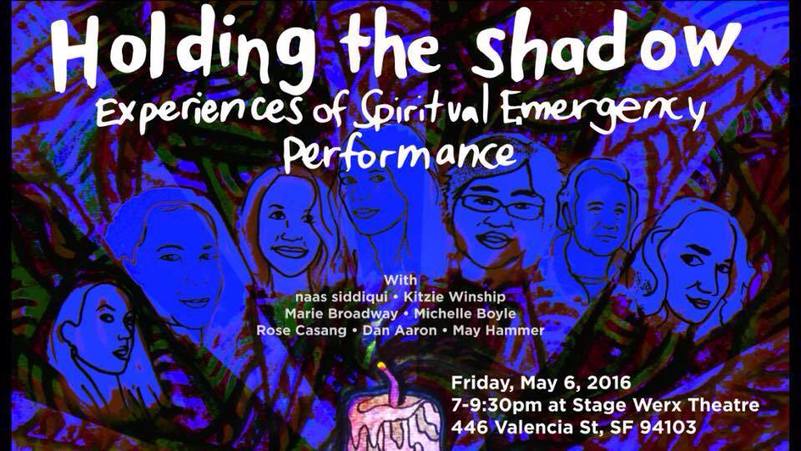 thanks to Katarina Countiss for the flyer design!
Holding the Shadow: Experiences of Spiritual Emergency Performance
Visit us on facebook: https://www.facebook.com/HoldingtheShadow/

100% of the funds raised from TIX SALES AT THE COMMUNITY PERFORMANCE WILL BENEFIT THE LIBERATION INSTITUTE's low fee, sliding scale counseling and mind body spirit services in the Mission District, SF!
​
​Check 'em out at http://www.liberationinstitute.org/Welcome.html

We are very thankful to MHSA (Mental Health Services Act of California) for funding our project.


The idea behind the performance piece:

Spiritual Emergency (SE) is a personal, internal, transformative, deep psyche process, driven by a collective wisdom inside. It empowers the individual to have a deeper understanding of the collective and create internal and external change this way. SE often gets diagnosed by the mainstream medical model as psychosis, as seen in bipolar disorder or schizophrenia, and hence shut down, over-medicated and left unsupported. This performance art project observes and honors that spiritual emergency can carry collective shadow. Shadow, in the jungian sense, is our repressed parts that we deny as an individual and also collectively. Shadow contained by spiritual emergence includes the light and dark aspects- it includes mystic states and creativity, but also buried personal and collective trauma and oppression. This project explores a social justice aspect to denying our collective shadow. The broader question of the project is-

How can we own our shadow and help the collective heal as a whole? If we don't own our shadow and integrate it, it comes out elsewhere as an untamed force, repeating the violence of personal and collective trauma, and we societally hide or devalue our brilliant capacities for creativity, and connection with something greater than ourselves.

This piece will also look at who we are throwing in the shadows- onto the streets, into our jails, into our mental institutions, with our labels and discrimination.

The people: This project includes 7 CIIS students and alum (most of whom are in the Masters of Counseling Psychology program), and allies from the community.

The performance: The performance will consist of skits on the theme or related to spiritual emergency and shadow. We hope to have at least two partial performances at Namaste Hall at CIIS, and one full performances at a local theater venue. The skits will address topics such as sexual violation, sexual abuse, forms of oppression, race, the experience of homophobia from others and the internalized experience, using rage, power for advocacy and transformation, music as a vehicle to the transpersonal, claiming divinity, creativity and the muse and the dark feminine, reframing pathology, critically assessing medical model psychiatry, neurodiversity, childhood, and intergenerational trauma, kundalini awakening, psychiatric violence, substance use, archetypes.  Since the topics are so potent and personal, the group process itself will have a supportive component.

Timeline: Collaborative rehearsals will begin in September 2015. We will meet on a monthly basis, with extra rehearsals as needed. The performances are Thursday April 7 (open dress rehearsal/preview/work in progress) at Namaste Hall, CIIS, 1453 Mission St, SF 94103, and Friday May 6 at Stage Werx Theatre, 446 Valencia St, SF 94103 . 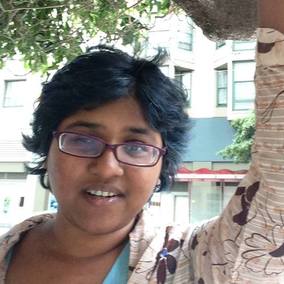 naas is a dreamer, visionary, intellectual artist-activist-therapist in training at the Liberation Institute in the Mission District, in San Francisco, and a student at CIIS (she just graduated with her MA in Integral Counseling Psychology in Summer 2016!).  She has a BA in Psychology- concentration in Neuroscience- from Yale University.   She has a big heart & big  visions.  This is her very first theater production!  She loves thrift shopping, cheap and free things and  events, dancing, singing, the beach, tricksters, muses, and being extroverted.  She likes to make complex things simple and elegant.  One of her favorite authors is Jungian Analyst, Robert Johnson, author of "Owning Your Shadow: Understanding the Dark Side of the Psyche", an inspiring factor in this piece.  She'd like to dedicate this piece to her mom, dad, and sister, and her great grandfather, who she never had the honor to meet, and her larger Bangladeshi family. 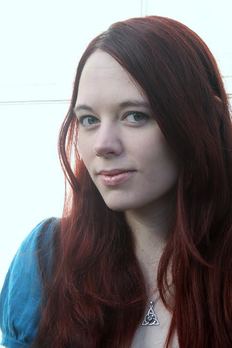 Kathryn "Kitzie" Winship holds an M.A. In Counseling Psychology (Drama Therapy) from the California Institute of Integral Studies and a B.A. in Theater from Oberlin College. She is also an alum of the Eugene O'Neil National Theater Institute and an ordained priestess/reverend and board member of the Wiccan Family Temple. Directing credits incl.: Flushing Queens (Ma-Yi Theater Co.), The Miser (Asst. Dir. Jean Cocteau Rep), Oleanna, Asshole, and Adventures in Post-Modernism (Oberlin College). Writing credits include: Rumpled Robes or Once Upon A Privy (New York Theatre Experiment), Jake & the Lion (The Potluck), and Anagram (The Potluck). Kitzie has directed, written and performed for sketch comedy troupes Women Aren't Funny (NYC) and Piscapo's Arm (Oberlin) and performed improv with The Indoor Kids (NYC).
.
Originally hailing from Baltimore, Kitzie spends her post-gradschool days working in Oakland with folks living with co-occurring substance abuse & mental health concerns. She is also a proud Girl Scout, mental health consumer, and a tough little bowler. 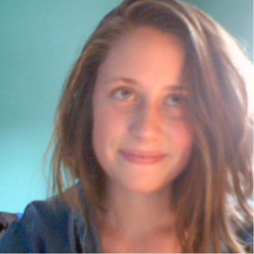 Marie Broadway is a queer witchy philosopher, artist, and writer who spends a lot of time talking and thinking about social politics and identity, debt and the current state of the US economic system, communions with nature and other sacred-spiritual practices. She is currently pursuing a continued education in counseling psychology with interest in arts therapies, social work, and abnormal psych. Holding the Shadow has provided the space for her first ever public performance in the Bay Area. ​ 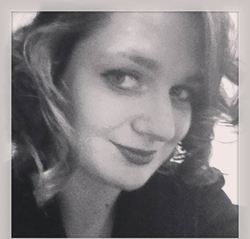 Rose Casang is a performer, singer, advocate, writer, and aspiring healer. She holds a B.A. from Ithaca College in Voice and Religious Studies and an M.A. from California Institute of Integral Studies in Philosophy and Religion with an emphasis in Women’s Spirituality.  Her path has centered on the intersections of queer identity, neurodiversity, spirituality, inner beauty, and authenticity. She is currently engaged in a M.A. in Counseling and Psychology with an emphasis in Drama Therapy. She is excited to merge her passions for healing and performance in this production. 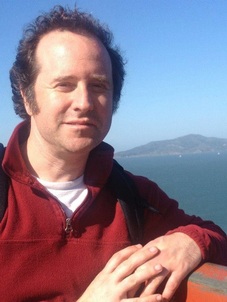 Dan Aaron has been exploring the force of music throughout his life. His first transcendent experience was when he was 4 years old, and a recording of Big Rock Candy Mountain moved him in such a way that he felt he was inside the music, rather than on the outside looking in. During that time, he absorbed music by Strauss (Also Sprach Zarathustra), Prokafiev (Lt. Kije), The Beatles, Mahler, and so on. In 1982, he joined the San Francisco Boys Chorus, ultimately working with San Francisco Symphony, San Francisco Opera, San Jose Symphony, performing on the stage of the Hollywood Bowl, at the Great Woods Music Program, and even had the good fortune to record with Neil Young. In early 1990, Dan experienced an deep awakening while listening to the music of the Grateful Dead, which, after a deep spiritual crises, drew him towards Nichiren Buddhism. Since that time, Dan has spent many years seeking to answer the question about what a truly “healthy” improvised music must be, along with great examples of such music. This quest has lead him to friendships with some of jazz’ legendary artists, and he has drawn inspiration therefrom. In 2007, Dan graduated from Musicians Institute with an Associates of Arts degree in guitar performance and technique. In 2013, he worked with the Eclipse Dance Theater’s presentation “Suicide: A Requiem” with a score consisting of rock and roll trio arrangements from Mozart’s Requiem, as well as some improvised numbers loosely based on movements from the work. Dan is currently taking students, and pursuing his interests in music and psychology at City College of San Francisco. 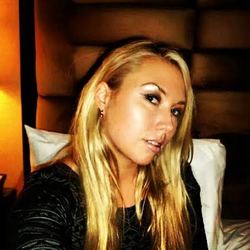 May Hammer is a creative and academic writer, artist, traveler, dreamworker, yoga instructor, and consciousness explorer. She researches religion, spirituality, mythology, philosophy, culture, art, and psychology. May is currently working on her Ph.D. in East-West Psychology at California Institute of Integral Studies, San Francisco, California. She holds a B.A. in Psychology from the University of Oslo, Norway, and an M.A. in Consciousness and Transformative studies from John F. Kennedy University, Pleasant Hill, California.
Powered by